After 15 hours in the air, 27 JCC MetroWest travelers began their six-day tour of South Africa. A guided tour of Cape Town included a cable car ride to foggy, rather spooky Table Mountain overlooking the city; the Cape of Good Hope, where the Indian and Atlantic Oceans meet, and a visit to the Cape Point light house. We also visited the Kirsten Bosch botanical gardens where we saw unusual flora native to the Cape province; and Boulders Beach, where we watched a colony of Cape penguins frolic, completely oblivious to human presence.

A Visit to District 6 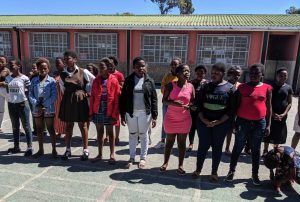 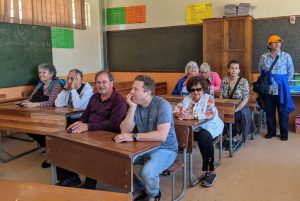 A native guide took us to the distinctive multicolored houses of Bo-Kaap, home of the slaves brought from Malaysia and Indonesia by the white settlers. We toured District 6, a previously mixed-race area bulldozed by the apartheid government for whites only; the District 6 Museum provided physical evidence of this inhumane event. A highlight of the day was a visit to Langa, one of the “townships” inhabited by the city’s native population. There, at a middle school, we were entertained by singing and dancing students just before they left for a day at the beach. 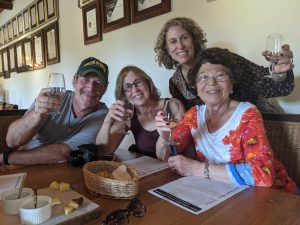 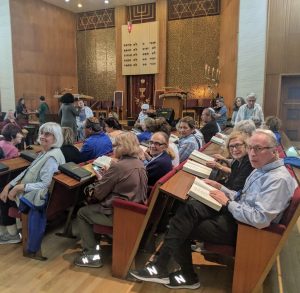 Picturesque Stellenbosch featured a wine tasting at an award-winning vineyard and a sampling of the cheeses they manufacture there, followed by a visit to Gold, a native restaurant, where we received drum lessons and ate native foods. Memorable Erev Shabbat services at the progressive Temple Israel were followed by a dinner where we conversed with the congregants, many of them descendants of Lithuanian Jews. 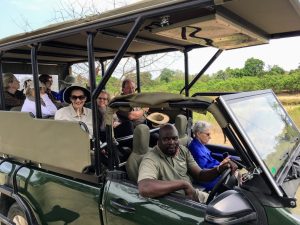 At Kruger National Park, we embarked on high trucks driven by native naturalists for an entire day of animal sightings: giraffes, a regal male lion, many elephants, wildebeasts, baboons, buffalo, impalas and guinea fowl, among others. Our trip ended with a visit to Pretoria, South Africa’s capital, with its huge statue of Nelson Mandela and majestic government building.

After another 15-hour plane ride, through which most of us slept, we disembarked to a cold, gray day in the U.S., still filled with the excitement of visiting a country much like our own, but different.

A Trip to the Past: Auschwitz. Not Long Ago. Not Far Away.

Meet the Jews of Cuba - Face-to-Face!