Learn to Swim: Build Confidence & Be Safe In and Around the Water

We believe that swimming is a life skill and learning how to swim and to be safe in and around water is one of the most important lessons you can ever learn. It’s never too early or too late to start. Our private and semi-private swim lesson program is built for swimmers starting at 3 years of age. Our experienced swim instructors will provide a safe and fun environment for you or your child to thrive in the water.

Group lessons will be starting Winter 2022/2023 for children 6 months and older. Stay tuned!

If you are interested in purchasing lessons, please complete this enrollment form that provides key information to start the scheduling process. Upon receipt of your form our Swim Lesson Coordinator, Allison Levine, will place you on our waiting list.

Once a time slot becomes available that fits your schedule, Allison will reach out to you to complete the registration form/billing information.

We strive to accommodate everyone’s schedules and to operate within COVID-19 safety guidelines so please be patient as we work to get you scheduled as quickly as possible! 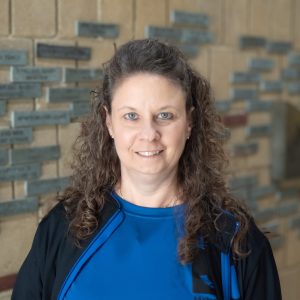 My son is doing this summers 2-week intense splashers and Stephanie is great!!!! Exceeded my expectations so far based on swim lessons elsewhere.

“Our daughter has taken swim lessons at the J for nearly 2 years and has absolutely flourished! Ms. Aysa is patient, kind and makes learning essential swimming and safety techniques fun. Her teaching style is adaptive and playful and let’s our 3-year-old feel like she is a part of determining what she learns next. We adore Ms. Asya and not a week goes by when our daughter isn’t excited to see her and go swimming!”

I think we’re off to a sensational start.

The coach talks a lot more before the swimming part which I thought would annoy me as I just want to swim but it is actually creating community.  One of the problems with masters is that it can be tough to “break in” because everyone spends most of their time with their face in the water.  But talking through the workout at the beginning gives people some “heads up” time, and even if people are talking to each other while the coach talks, that creates community.

Also, the substance of what the coach says is worthwhile.  The workouts are differently structured than other coaches, so it’s useful for me to understand the theory of why the coach is doing it the way you’re doing it.

Even the benchmarking activity was a community-building exercise as people had their heads out of the water so they had a chance to meet each other, and everyone cheered on everyone else.

I think there were more people in the pool this morning than I’ve seen at masters ever, going back to when I started in 2010 or so.

You should be really proud of what you’re creating.

If you are not currently a member, please fill out this additional Guest Waiver Form.