Look For Special Holiday Programming Throughout The Year!

Why do We Celebrate?

Rosh Hashannah marks the beginning of the Jewish year. It is a time when we reflect on the year past and look forward to the future. Rosh Hashannah is the celebration of God’s creation of the world and a reaffirmation of our connection to God. On Rosh Hashanah we say, “May you be inscribed in the book of life.” We pray for health, prosperity, and peace for the coming year.

The ten days between Rosh Hashannah and Yom Kippur are known as the Yamim Norayim, the Days of Awe. This is a time of great introspection. We look at ourselves and our actions. We ask forgiveness from those people we may have hurt over the past year. On Yom Kippur itself, we fast in order to atone for our transgressions and we pray for forgiveness.

After the solemnity of the high holidays, Sukkot is a time of great rejoicing. Sukkot is one of the three pilgrimage festivals when Jews traveled to the Temple in Jerusalem to offer sacrifices. It is also a time to celebrate the harvest which was gathered at this time of year in ancient Israel. We build a temporary dwelling, a sukkah, which we decorate with vines fruits and vegetables. During the seven days of Sukkot, it is customary to eat and sleep under the stars in your sukkah.

Simchat Torah literally means, the rejoicing of the Torah. The five books of the Torah are read on a yearly cycle. On Simchat Torah, we complete the yearly cycle and celebrate our accomplishment. On this night the Torah is taken out of the ark in the synagogue and we dance with them around the sanctuary. Everyone from adults to children takes part in the festivities.

This holiday celebrates Judah Maccabee’s successful revolt against the Syrian Greeks, a victory of religious freedom won by Jews more than 2,000 years ago. It is the victory of pluralism over tyranny that is waged in countries all over the world in every age. The Talmud teaches that when the Jews were ready to rededicate the Temple in Jerusalem and light the eternal flames of the Menorah, one day’s supply of oil miraculously lasted for eight days. In commemoration of that miracle, we light a Hannukah menorah for eight nights, eat foods cooked in oil, and appreciate the small miracles that have sustained the Jewish people throughout our history.

Although it is still winter in America, in Israel by the time it is Tu B’shvat, most of the winter rains have ended and the first buds are appearing on the almond trees. Tu B’shvat celebrates our relationship to nature and the environment, highlighting trees in particular. The most popular customs are to eat fresh fruits, dried fruits, or nuts associated with the land of Israel and to sponsor the planting of a new tree in the land of Israel through donations to the Jewish National Fund. Here in New Jersey, we can find our own spiritual connection by planting seeds indoors to transfer outdoors when our winter weather finishes. Watching seedlings sprout and nurturing them through these final weeks of winter can fill us with hope and pleasant anticipation at the prospect of spring and the new growth which awaits us.

The holiday of Purim is based on the biblical Book of Esther in which Haman, the evil advisor to the King of Persia tries to exterminate the Jewish people. Mordechai, the Jew, learns of his intentions and pleads with his relative, the Queen to act to save her people from destruction. Queen Esther gathers her courage and reveals her Jewish identity to the king. She informs him of Haman’s plot and rescues the Jews. Powerful Haman is defeated. Modest Esther is exalted. And what at first was hidden, in the end, is revealed.

Purim is a topsy-turvy holiday of costumes and masks, of feasting and revelry. We gather in the synagogue in the evening and the morning to hear the reading of the Book of Esther, but instead of listening respectfully, we boo and hiss and use noisemakers to drown out the name of the villain. We hold carnivals and costume parties. We also share our good fortune by sending portions of food to friends in the community, a custom called Mishlo’ach Manot, and by donating money to the needy, Matanot L’evyonim. On Purim, we celebrate our survival as a people in a light-hearted way and at the same time, reach out to others in friendship and in kindness.

Passover recalls our liberation from slavery in Egypt and the beginnings of our life as a free people. We tell the story of this exodus by gathering together for a ritualized meal called the Seder. Gathered around the table with family and friends, we read aloud the story as it is retold in the Passover Haggadah, and with the help of special foods, rituals, prayers, and psalms, we try to internalize the feelings of being enslaved and then of being freed. We clean our homes to remove all traces of leavening, or Chametz, as a way of preparing for the holiday. For eight days we eat only unleavened bread, Matzah, for that is what our ancestors ate as they hurriedly left Egypt. These observances awaken our sense of compassion for those whose lives are not yet free and to move us in our own generation to work to fight oppression in all its forms.

Shavuot marks the beginning of the harvest in ancient Israel. The first fruits were harvested and brought to the Temple as an offering. During the Rabbinic period, the holiday attained the significance as the time when God gave the Torah to the Israelites on Mount Sinai. Today Shavuot is celebrated by spending the entire night studying Torah, known as Tikun. It is also customary to only eat dairy during the holiday. 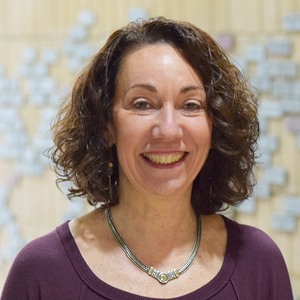